Acquired Brain Injury Ireland is behind Téach Failte in Mountbolus which offers services such as residential, community and clinical supports to those living in Counties Longford, Westmeath, Laois and Offaly.

It opened in July 2012 with the remit of assisting people with brain injuries who were inappropriately placed in nursing Homes.

An Taoiseach Enda Kenny visited to launch the opening of the unit.

All the pupils of Mountbolus N.S welcomed An Taoiseach by doing a guard of honour.
An taoiseach shook hands with us before heading up to Téach Failte. 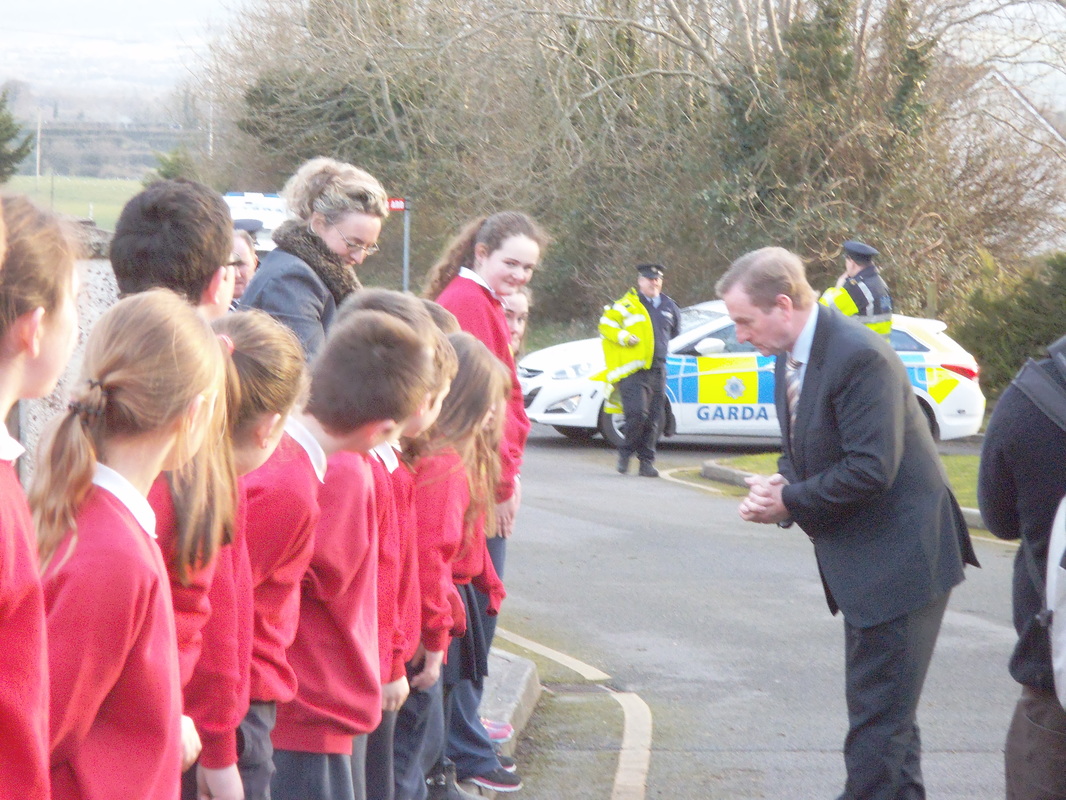